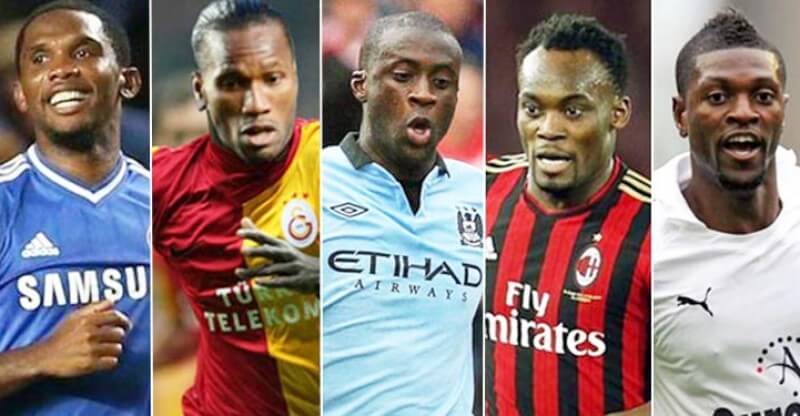 There is some amazing football talent coming from the African continent and there has been for years. It’s no wonder that some of these players get snapped up by the biggest clubs across Europe and the UK, and for a hefty sum of money too. There are some eye-wateringly lucrative contracts going, but these players are definitely worth it.

Hailing from the tiny country of Togo, Adebayor is the all-time highest goal scorer for his national team and has enjoyed a highly lucrative career all over Europe. He even reached the Champions League final with Monaco back in 2004. Adebayor then went on to sign with Arsenal before moving to Manchester City. With this team, he was loaned out to Real Madrid and Tottenham Hotspurs, whom he moved to permanently in 2012. In 2008, he was named as African Player of the Year and in 2020, his net worth is roughly 40 million dollars. All of this is impressive for a player from such a small country.

This Egyptian player has been playing for the Reds in Liverpool for several years now but still does duty for his national team. He was one of the top goal scorers in the 2017 Africa Cup of Nations, helping to get Egypt to the final of the tournament. In 2020, this young gun is going strong with an estimated net worth of around 58 million dollars. Salah is only 28 years old, so he still has plenty of time to reach the top of this list in years to come.

Born in the Ivory Coast, Touré currently plays as a midfielder for Qingdao Huanghai in the Chinese Super League. Credits include playing for Manchester City and Barcelona, where he was part of the 2009 team that won the Champions League. Touré has also received the African Player of the Year award four times in his career. In 2020, he is said to be worth 80 million dollars and counting.

Another player from the Ivory Coast and former captain for his country, Drogba has amassed around 98 million dollars through his career. The player is retired now but still sees income from some very lucrative sponsorship deals that he snagged while shining for teams like Chelsea in the UK and Phoenix Rising in the USA. With such an impressive playing record, it can be hard to see the player as anything but a footballer. However, Drogba is known for his philanthropic work now.

The 39-year-old striker from Cameroon has retired from the beautiful game now, but he is still the richest player from the African continent. His net worth has been estimated at around 150 million dollars in 2020. It isn’t much of a surprise though for fans of the game, because Eto’o is the most decorated player from Africa. He won the African Player of the Year award four times, which was a record at the time (now shared with Gnégnéri Yaya Touré).